Credit Suisse and the end of XIV

Last February, a strong market movement put an end to a product betting on the calm markets: the XIV. In this article, we will take a look at the XIV concept. We will highlight what caused the market movement and its repercussions and finish with the lessons to be learned from this event.

VIX and in US markets volatility

The VIX is an indicator representing the implied volatility of the S&P 500 (stock index based on the 500 largest US companies). In a more precise manner, it roughly reflects the variations of the S&P 500 during the next 30 days. It is often called the “fear indicator” because volatility is supposed to be a representative factor of the risks in the market. Generally, the XIV finds itself between 10 and 20 points. If the VIX has a high value, it reflects market nervousness. It is important to keep in mind that the VIXs’ strong values can be the indication of a current crisis or a sharp drop in prices. Furthermore, we consider that 30 points is the threshold above which this kind of finding is possible. For proof, during the crisis of 2008, it exceeded 80 points.

The VIX is simply an indicator; therefore we cannot trade it on the financial markets as a share. To make financial transactions on this element’s evolution, there is an Exchange Traded Product (ETP) which are tradable products whose value depends directly on its index. The XIV is an ETP whose value depends on the level of the VIX.

The XIV: a way to trade the VIX

Actually, the XIV replicates the VIX’s inverse movements. For example, if the VIX undergoes a 5% raise, then the XIV will see its value decrease by about 5%. The XIV being tradable as an action, one can buy it and sell it (uncovered or not). The XIV does not have derivatives.
It is easy to comprehend that the XIV serves to bet in favor of a calm market. Indeed, as long as the volatility of the market remains low, the XIV has a strong value. On the other hand, if the markets are at a high level of volatility, its value plummets.

On February 5th, 2018, the markets suffered a sharp decline. The S&P 500 index decreased over 6% in one day. As a result, the VIX has risen sharply (by more than 115%!). This strong movement completely destroyed the value of the XIV, which decreased by more than 80% during this day.

Where does this drop come from? It’s quite simple! For several months, the US S&P 500 index recorded steady increases while its volatility index remained very low (between 10 and 16 points, which indicates a calm market). This created inflation that the Federal Reserve sought to stop by raising interest rates in the US market. This increase was stronger than anticipated, which greatly reduced the interest of the stock market relative to bonds. This resulted in a first spike in volatility and a first drop in the S&P 500. This was followed by a set of sales secured by investors to insure their positions. Unfortunately all these actions brought the level of volatility to its highest and therefore the value of XIV at its lowest.
During 8 years, the XIV saw its course strongly increase. It was worth ten dollars at its creation and exceeded 130 dollars shortly before its fall. This product was very popular and was traded in millions every day. It represented a market capitalization of more than $ 800 million.

Stock exchange since his creation in 2010 (Source : stockwits.com)

All actors holding XIV titles have sought to sell them without finding any buyers, accelerating the fall of the XIV’s price. Credit Suisse, creator and manager of this product, had to apply a clause to the XIV stipulating that a daily loss higher than 80% would lead to the repurchase of all ETP shares in circulation, by the bank. This sealed the loss of all hundreds of millions of investors. It was the end of the XIV.

Credit Suisse underwent sharp criticism by its peers for the behavior of its assets against the market. A lawsuit has been issued against the bank. Credit Suisse defended itself by saying that its product was intended for experienced investors, with the ability to understand the stakes of such a product. According to its documentation, it is specified that the ETP XIV is not made to be conserved for a long period of time; its value tends towards 0 in time. Its critics then raised a problem of transparency – namely that this information is located on page 197 of the XIV documentation. According to them, the bank should have emphasized this information.

It is important for all market participants to fully understand how an asset works. Today, massive efforts are being made through regulation to increase the transparency of financial products and ensure better protection for investors.

ESMA, the European Financial Markets Authority, has recently put MiFID 2 regulation in place. It will allow, among other things, standardization of the description of financial products – for better understanding – as well as restrictions on trading certain products, which are vulnerable to investors. These must also be quantified more accurately. The likelihood of extreme events is often much higher than what is thought, so insurance for these crises must be provided.
Finally, the XIV did not have “unexpected” behaviors, it had the behavior “expected in an unexpected situation”. 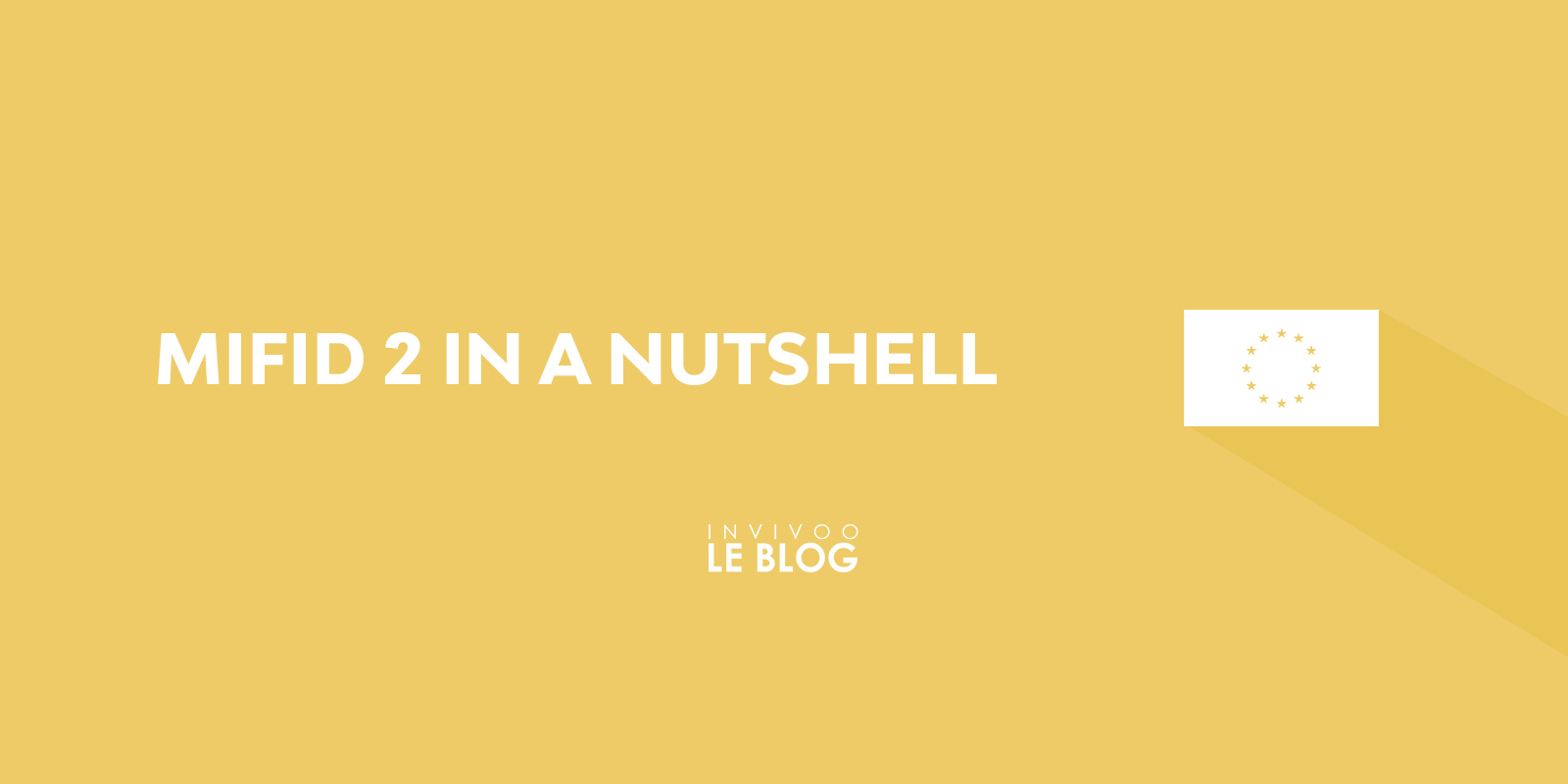 MIFID 2 in a Nutshell