Collateral is an asset (currencies, shares, bonds, commodities…) made available to a third party (counterparty for the OTC, clearing house for the listed products and the OTC cleared) in order to give a guarantee to a risk to this third party.

The counterparty who sent the collateral to the third party is called collateral pledger.

The third party must generally pay the deposit to his counterparty, he may have the right to invest the collateral himself to seek profitability, it is not mandatory; this depends on the terms of collateral agreement.

The collateral agreement is the contractual document that defines how the counterparties will collaborate to mutually cover their risks with collateral.

Following the subprime crisis, to avoid the appearance of systemic risks (the bankruptcy of one bank leads to the vulnerability of other banks as a chain), the G20 summit in Pittsburg in 2009 put a strong pressure on banks by asking them to collateralize their exchanges (which becomes binding thanks to the 2011 G20 summit, with defined target dates). 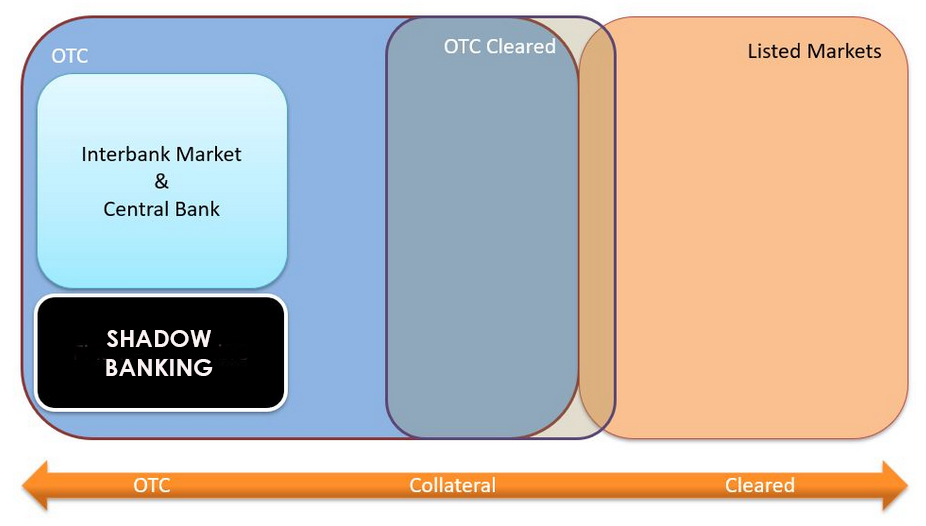 Collateral management is a major financial market evolution focal point and cannot be ignored as it is reshaping part of the FinTech industry.

To avoid any systemic risk, all banks, financial institutions, market actors, and central banks must exchange collateral according to the diagram presented below. 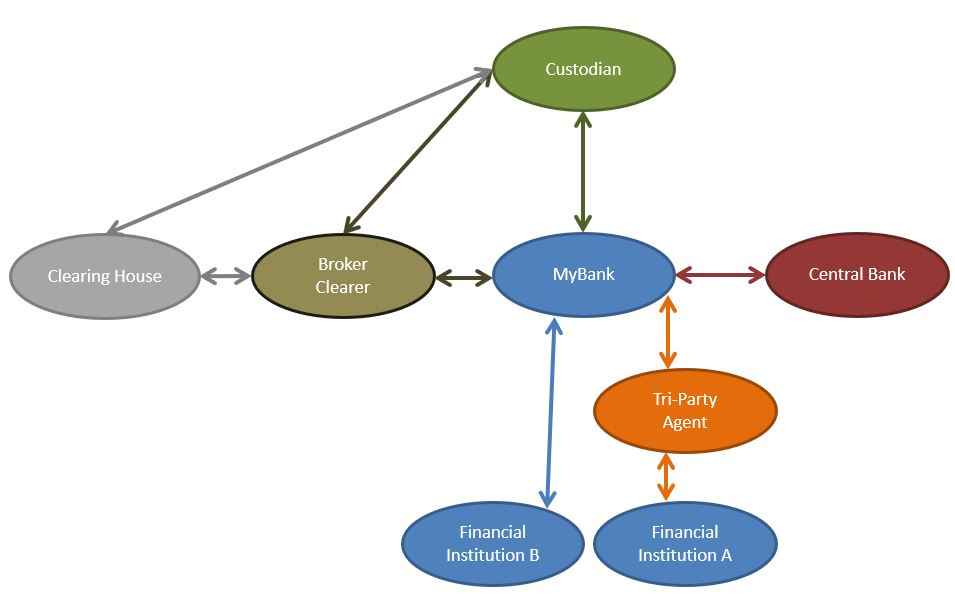 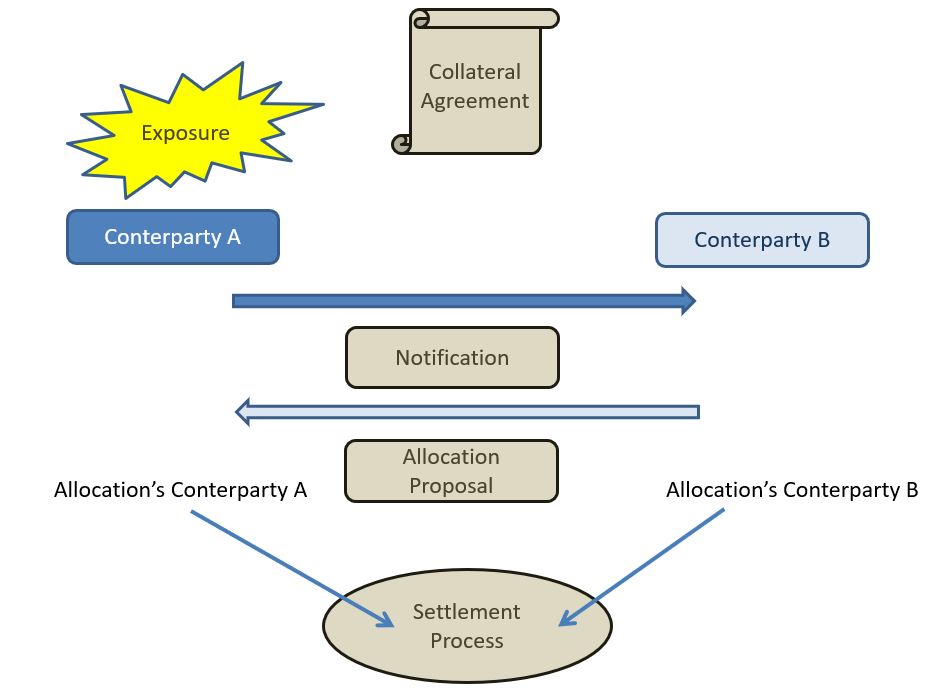 After both counterparties have negotiated and enacted a collateral support document, the counterparties then begin a cycle following the steps listed below:

Trades that are subject to collateralization are regularly marked to market (MtM) at a frequency defined by the collateral agreement (generally on a daily matter). The counterparty with a negative MtM on the collateralized portfolio must deliver collateral to the counterparty with the positive MtM so that the latter is no longer at risk. Many parameters affect the mutual exposure of counterparties: price changes, certain trades have matured, new trades mature -> this varies the portfolio’s MtM.

2. CALCULATION OF THE VALORIZATION OF ALREADY PLEDGED COLLATERAL

The value of collateral already pledged varies according to market prices.

The value of the overall margin call according to the type of risk will roughly be “Exposure – Pledged Collateral Value “ on this type of risk.

Counterparty A (at risk) sends a margin call notice to the other counterparty, detailing the risks and amount needing to be covered.

If the counterparty B (with a positive MtM) refuses partially or totally, then the two counterparties will start a dispute process (which will be detailed in a future article). If counterparty B agrees, then it will allocate and send an allocation proposal to counterparty A (sending a the list of assets to be covered and delivered according to each type of risk).

Counterparty A will verify that the value of the listed assets covers all risks, that these assets are part of the accepted assets defined in the collateral agreement, that the offered assets suit him and will then agree to the counterparty B.

The collateral agreement will define calculation algorithms that will make it possible to calculate exposures by risk typology.

Below you will see the types of risk which are typically found:

TYPE OF COLLATERAL AGREEMENT FOR OTC

Depending on the types of financial instruments, different types of collateral agreements will be used:

Two counterparties may have negotiated several collateral agreements if they trade on different types of financial instruments. 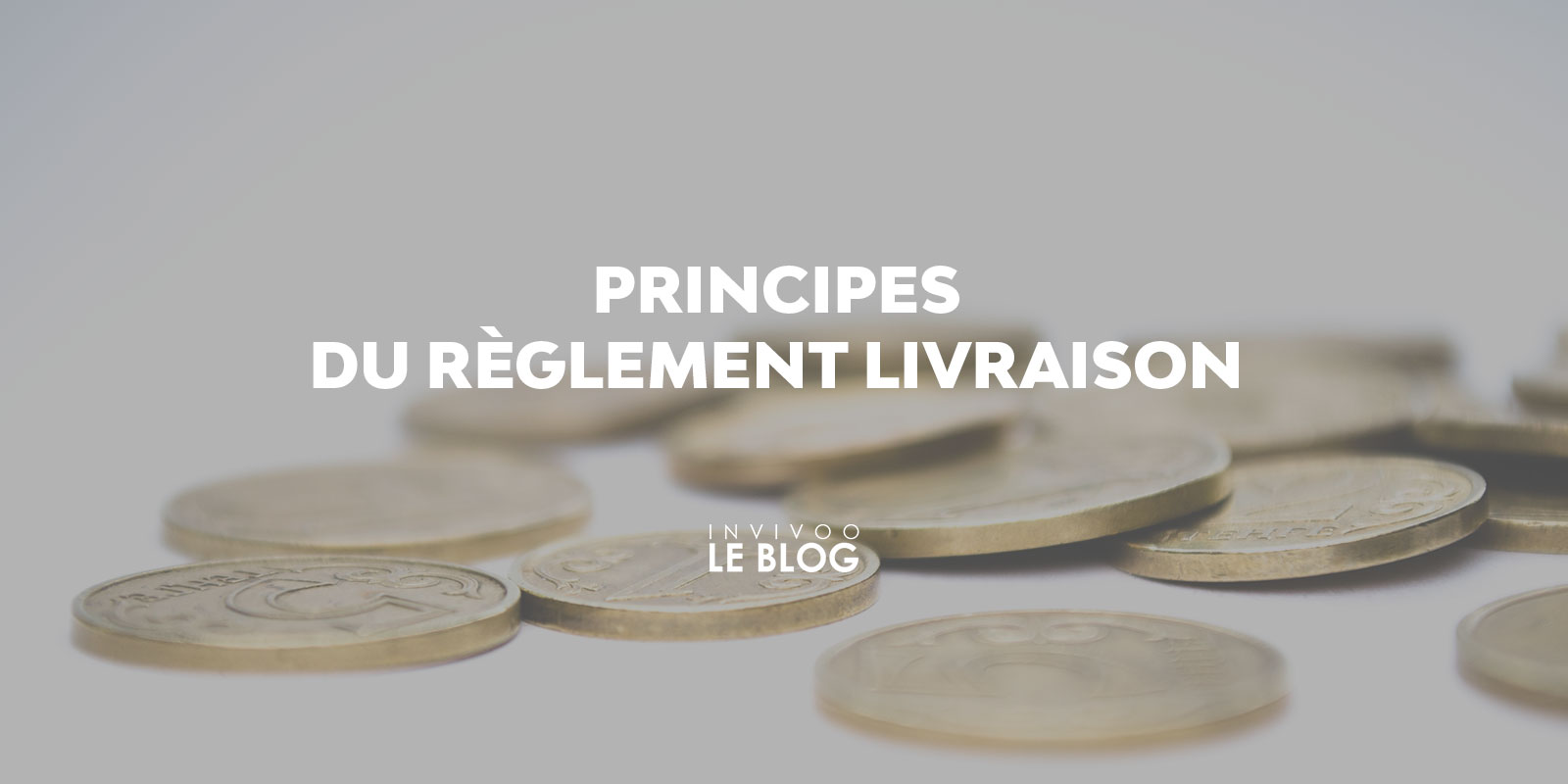